StormChamber, by HydroLogic Solutions, after many 2 and 3 layer installations, recently installed its first 4 layer system in Houston, Texas for Community Self Storage.

Little area was available to accommodate an approximate 25,000 cubic foot retention system. Therefore the engineer and owner were looking at concrete vaults, but were forced to seek out a lower cost solution.

Construction EcoServices, the local StormChamber distributor, was able to document, from independent testing data and existing 3 layer systems, that the 4 layered StormChamber system would exceed the loading requirements and was significantly less expensive.

Not only was it less expensive than the concrete vault, but it also was able to fit within the small footprint because it could be placed in four layers. This was possible only because the system is capable of supporting more than four times the H-20 Wheel Load Rating (over 32,000 lb per sq ft), as documented by independent laboratory testing. 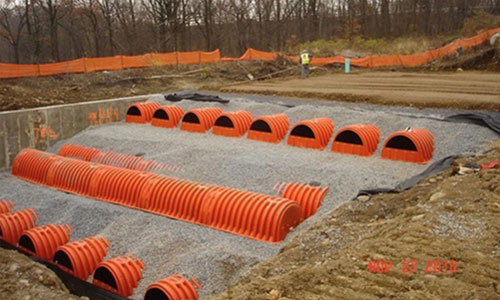 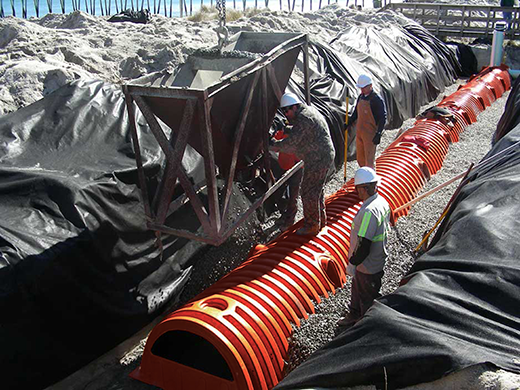