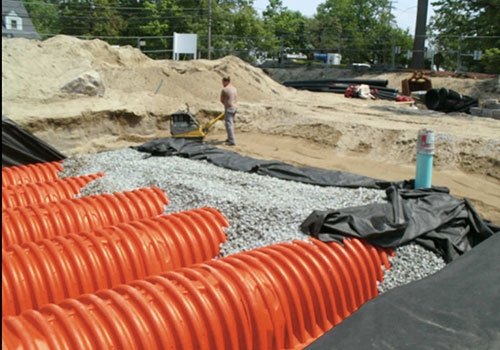 Storm water runoff from parking lots at the Homewood Mountain Resort on Lake Tahoe drained into the lake directly across the street, resulting in large plumes of pollution. The Tahoe Regional Planning Agency required retrofitting the parking lots with a storm water BPM to rectify the situation.

The BPM was originally designed with a competing plastic chamber system, but the resort chose to switch to a StormChamber system due to the significant savings in installing cost and time. Due to its larger size, about 45% fewer StormChambers were required. Its patented side portal feed also eliminated the header pipe manifold system of the original plastic chamber system. This also resulted in significantly less excavation, stone, backfill, compaction, grading and filter fabric. 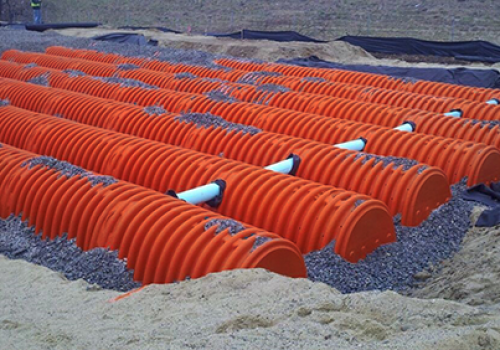 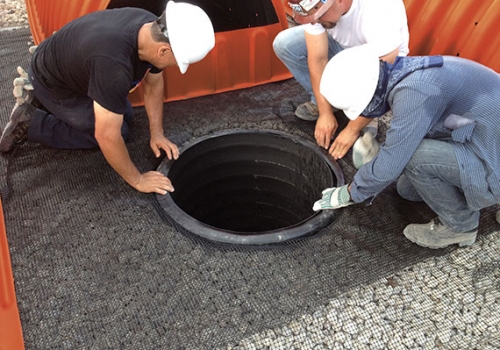 After monitoring the outflow from the StormChamber system for approximately two and one half years, no discharges to the lake were observed. All of the runoff infiltrated into the subsurface soils. The runoff did eventually reach the lake, but as the ground water base flow, similar to reconstruction conditions. As a base flow, the Total Suspended Solids (TSS), nutrients and other pollutants were removed by the bio-mat that formed on the stone and soil underlying the StormChamber similar to the function of a septic drain field. Thermal loadings to the lake from black asphalt in summer were also eliminated. The installation was so successful that additional StormChamber Systems have since been installed in the two other parking lots of the resort.