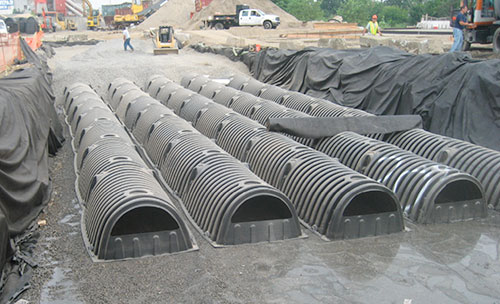 New York City worries about flooding every time it rains more than a single inch per hour. This issue is mainly due to the high percentage of impervious cover compared to permeable landscapes. The city is in need of a system which will carry the water off the streets and into the ground where it would no longer threaten urban landscapes, infrastructure or buildings.

To reduce the flooding risks, streets would have to capture at least 30 gallons per linear foot, roofs would have to catch an inch of water per square foot and open areas such as parking lots and playgrounds/parks would have to store at least 250,000 gallons per acre. Planting more vegetation could help but it would not be enough. Instead using a combination of StormChambers and tree pits can create storage system to hold the excess water. The water will then slowly be released back into the ground and absorbed by the plants at a rate that won’t flood the local area. 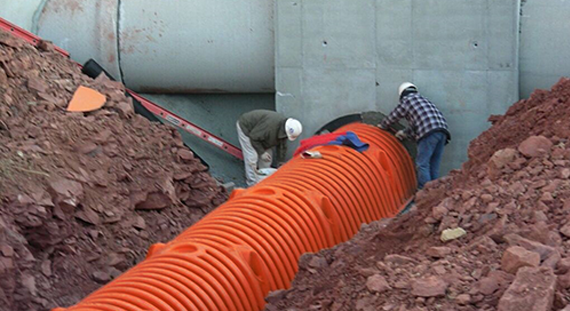 Using tree pits combined with StormChambers would create an extra 2,000 gallons of water per 25 feet of road. Implementing StormChambers below ground in parking lots, playgrounds or other open areas can create storage for a whole million gallons per acre. This simple solution could greatly reduce the stress and damage that would normally come with each instance of excessive rainfall.